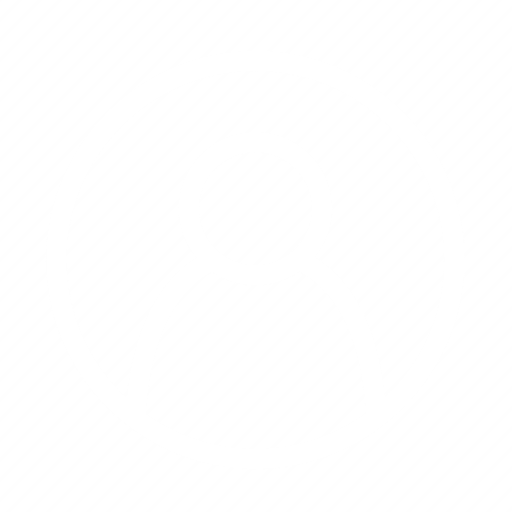 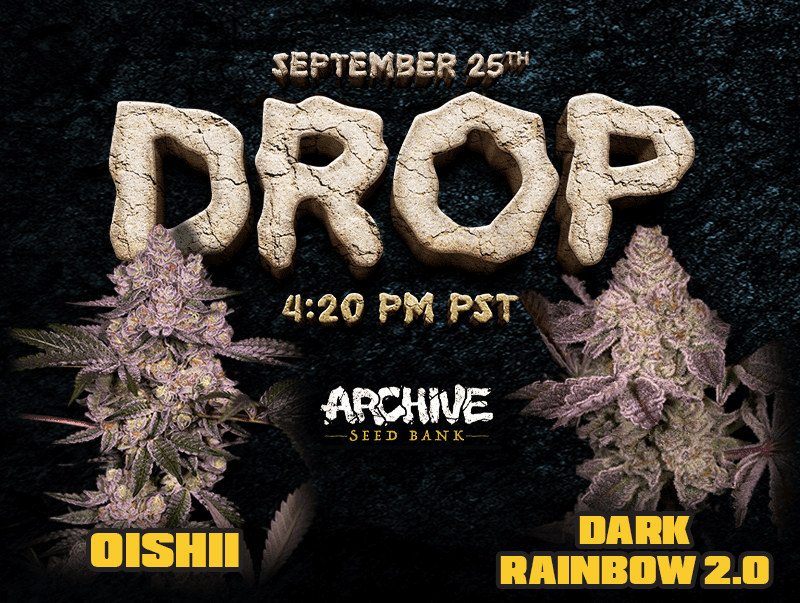 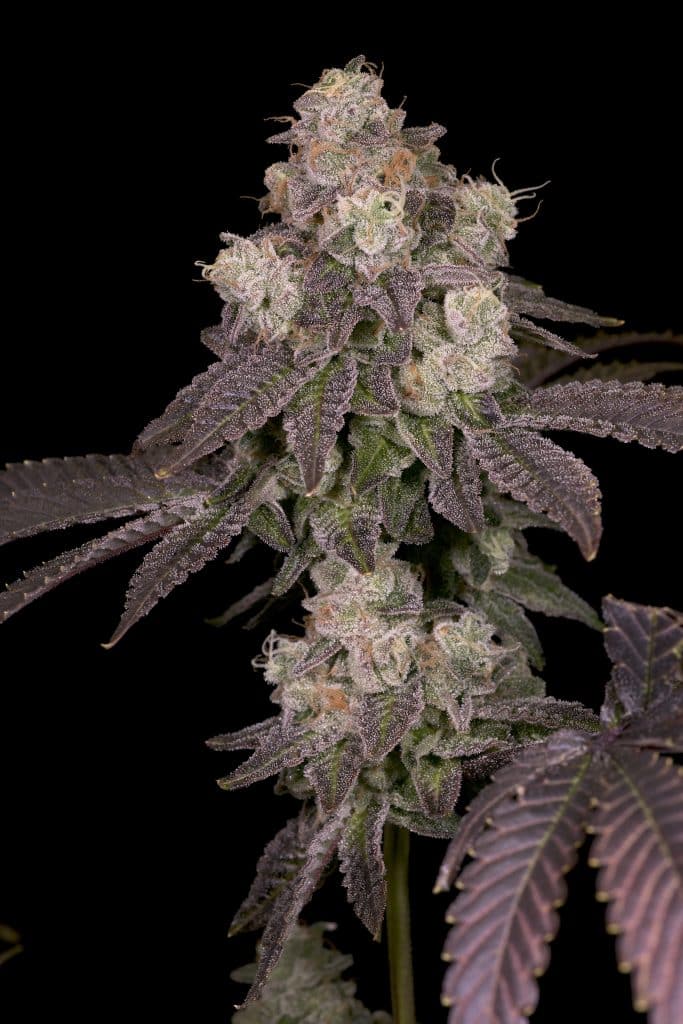 The culmination of over 3 years of work.  This IX line represents the closest thing to the Moonbow #112 in seed form we have created.  Intuitively, one would think that a BX line or something similar would yield the most, true to form, clone re-creation.  But that is not always the case.  In this instance, it was clear upon testing that a male selection from the Moonbow 112 F2 line would reproduce superior results to the BX1 line we made. Thus the Moonbow 112 IX line was born.  A faithful recreation of the Original Moonbow #112 F1 selection of Zkittles x Dosidos.  Tall, well structured plants yield grenade sized buds stacked on foot long colas.  Dripping with blackberry currant zingy lime zkittles terps.  Super sticky resin on most phenos, with a small population grainy and suited for water hash.  There are some 4-5% washers, but this line is really focused on flower quality, first and foremost.  Several phenos to be found that are marked improvements on the overall line’s best characteristics.  Even above the #112 clone itself. 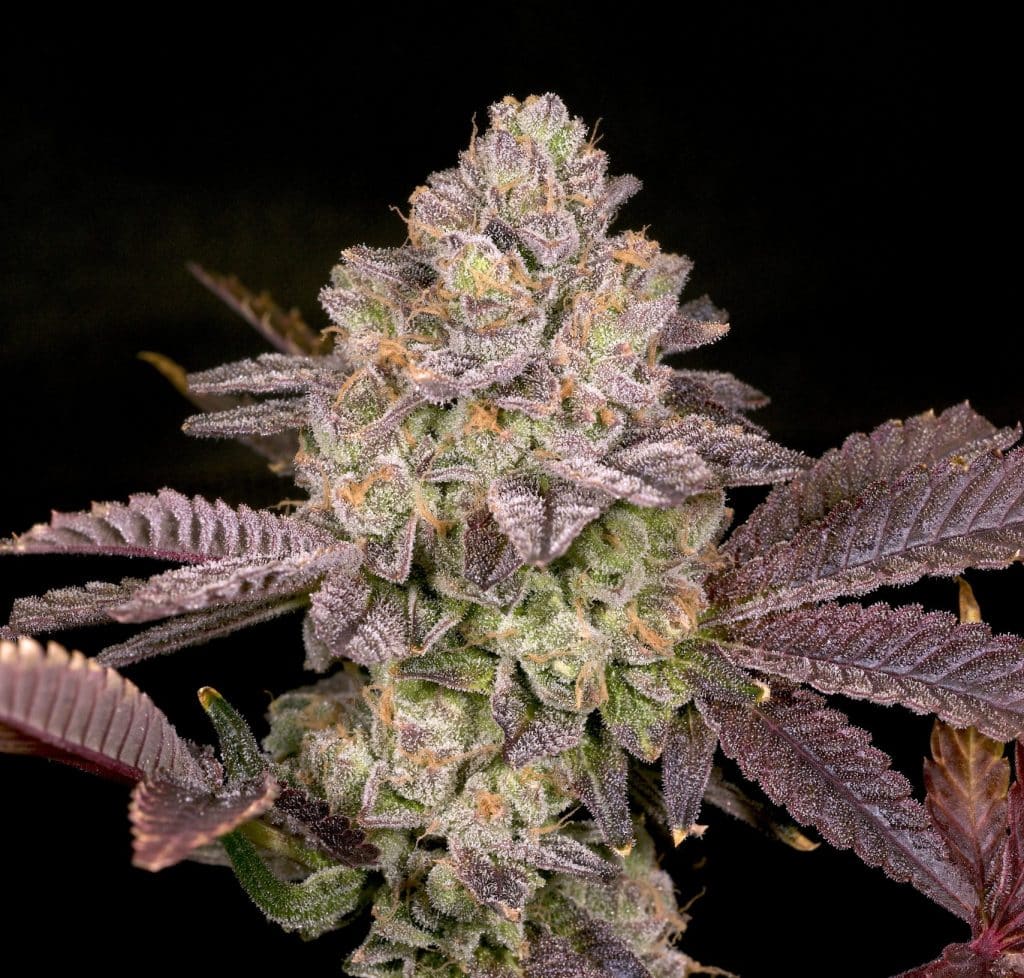 Glow she does.  The Moonbow #112, a multiple award and cannabis cup winning selection, produces stunning progeny. This proprietary selection never disappoints with her blackberry jam, zkittles soaked, zingy skunky kush aroma and perfectly balanced flavor of candy and petrol.  The Planet Purple #144 male adds a bit earthier, kushier, sunset sherbert red wine/gelato runtz note to the progeny, while improving the resin content and bag appeal of the Moonbow #112.  Not that either parent is lacking in those departments.  Colorful plants with long stacked running colas will fill your canopy with juicy sweet earthy diesel zkittles terps on strong well branched plants.  Our favorite phenotypes lean to the Moonbow side but with a unique fizzy funk to the flowers.  An excellent hashmaker’s variety, with some phenotypes easily pushing past 6% yield on fresh frozen material. 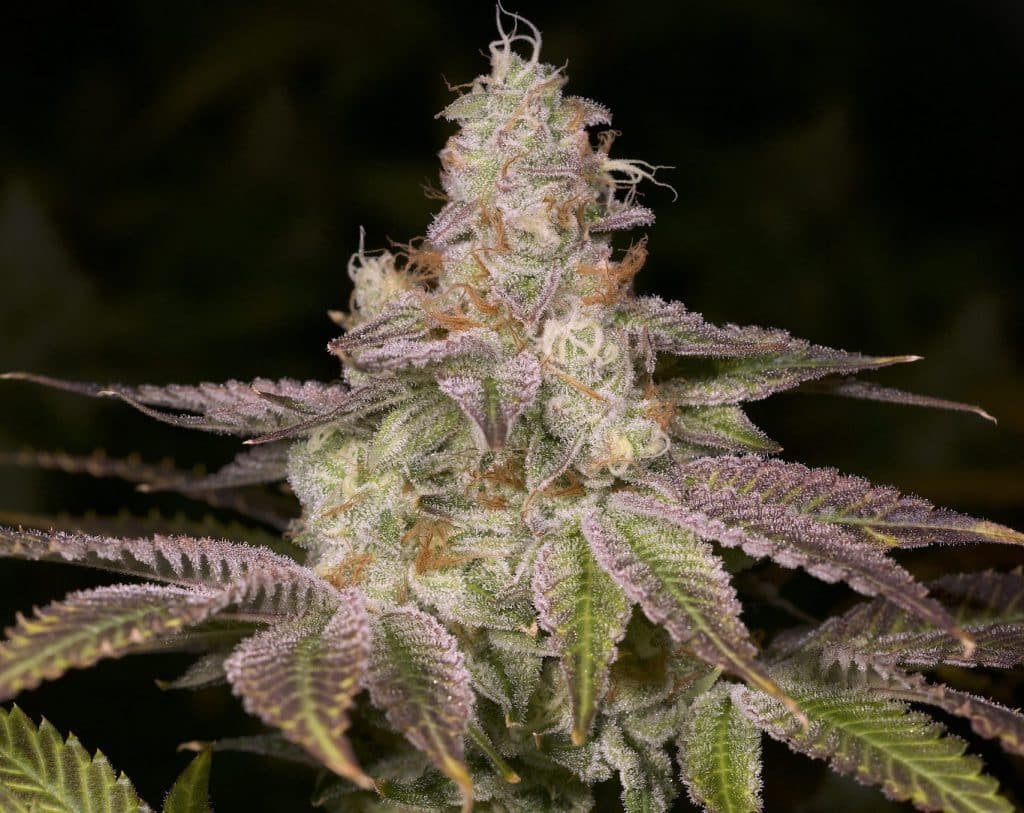 The PNW Dogshit is a clone we’ve held for almost 20 years.  Likely a descendant of some of the first haze hybrids to hit American shores after being preserved and redistributed from Amsterdam in the late 1980’s and early 1990’s.  Reminiscent of the finest NL5/Haze, she leans towards the Colombian side of the haze genome.  With a juicy – sweet fruit spicy haze aroma and soaring cerebral high.  The smoke from the end of a joint will have people rubber necking in every direction.  Unique and unmistakable incensed odor.  While modern consumers (or their suppliers) have moved towards purple and photogenic.  There is a much needed reintroduction of Classic genetics to the modern gene pool.  To not only to explore the possibilities of the old genetics mixed with the new.  But to hopefully insert some unrelated genes to the marketplace, and to help prevent inbreeding depression.  This hybrid is a prime example of reaching for that goal.  Having the Z on both sides of the line helped retain the candied dank qualities it’s known for, and a more modern appeal to consumers. At the same time, the other parent lines are able to impart their best traits to the progeny as well.  Flavors range from caramel candied apple pie crust terps to ripe mountain apple incensed Z funk.  A really fun line that could open up an entire new realm of possibilities within an F2. Increased vigor and yield over similarly constructed hybrids of today.  The introduction of the old Dog Shit genome really opens up the possibilities for hybridizing this with other lines. Recommended for the adventurous grower looking to add something different to their stable. 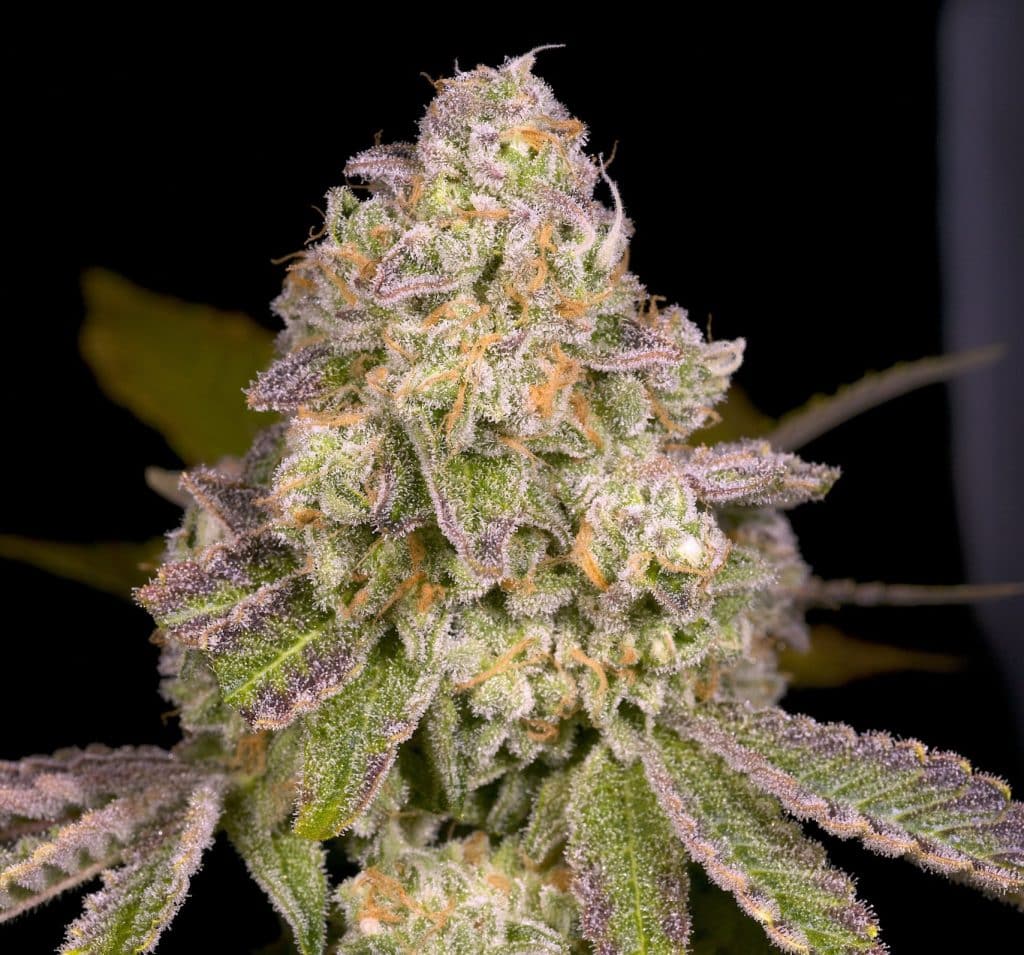 Building off the success and momentum of the original lines, the Rainbow Belts 3.0 is a continuation of the breeding and line work that has made Rainbow Belts a staple in so many lineups.  The line having accomplished so much, in such a short period of time, is a testament to its considerable heritage, and the selective breeding practices at Archive Seed Bank.   In just a few years, both lines have won countless water hash and flower competitions, including the Ego Clash hash competition, High Times cups, and countless regional awards from growers that popped their own seeds and found their own cup winning phenotypes!

The Rainbow Belts Original and 2.0 are world renown for consistently locking in the Zkittles terp profile, which has been the main tenet of the project.  All the while, doing rigorous testing and phenotype selection of subsequent lines, to improve every other metric of the original cultivar.  We accomplished retaining that terpene profile, while also injecting the genetic spread with a wide range of Limey, candied, petroleum fumed dank classic skunky herb notes, too many of the phenotypes.

The multiple cannabis competition-winning Moonbow 112 F2 line has been rigorously tested to ensure the consistency of the phenotypes and range of traits it delivers.  Long, spear-shaped dense resin-packed colas, is what the Moonbow 112, and F2 line is bred for.   The line also promotes a taller more stretchy profile that stacks, to complement the lip-smacking Rainbow Belts #20 mother cuts, more bushy structure.  This male produces progeny that is much more productive and commercially viable, with more color and resin, than the Zkittles dominant 2.0 line.  The #60 male, in particular, that was used, has put out several 6% plus hash champions with all the volatile terpenes we love, retained!  A true wonder for the solventless hash producer.  Dry, sandy resin phenotypes that are packed with gobstopper, blue sour patch, tropical Zkittles overtones.  Backing that flavor up is an intense, face-melting kush dominant smoke, that is THICK with the old school OG Kush-backed power the old heads demand!   All that potency hailing from the distant parental lineages from the Original Face Off OG line used to create this modern marvel of cannabis hybridization. 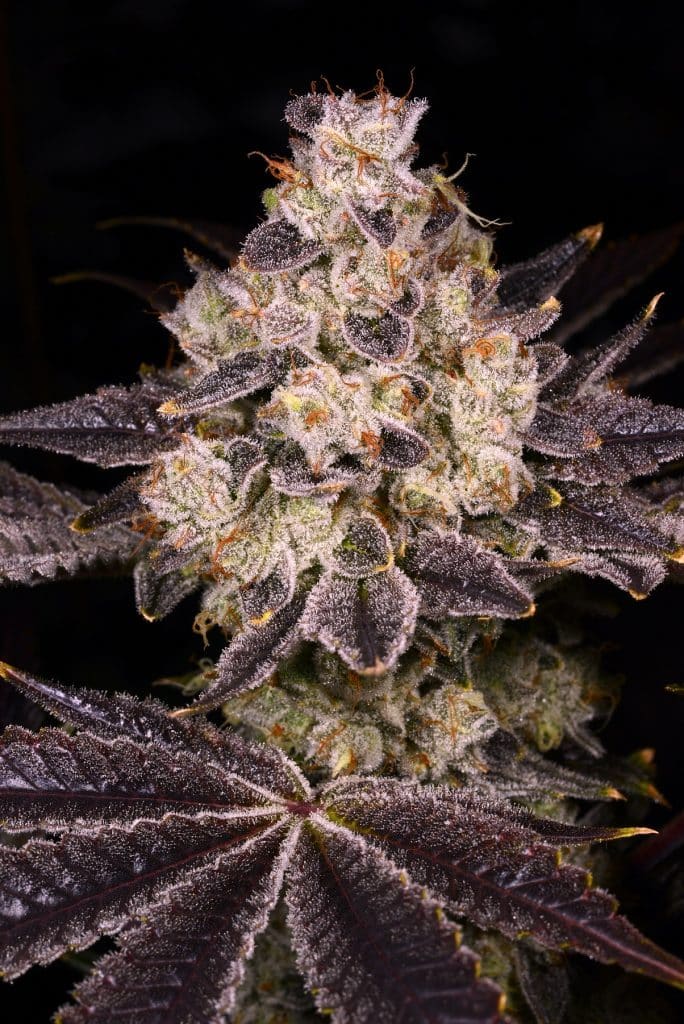 We took a Rainbow Belts male (from the m/f line we made side by side with the fems) and hit it to the selected Rainbow Belts #20 cutting.  The “breeder cut” I gave out to the community that’s steady been making waves and filling gardens around the world.  Known for it’s Supreme flavor and water hash/rosin production.

A shorter less stretchy variety that needs a little extra veg time.  You’re rewarded with a very quick flower time of 8 weeks where the flavor is even better when harvested a little early vs late.  It’s all worth it when it produces hand grenade sized buds of very respectable yields and density.  Potpourri Fizzy Candy Terps with a Kushy funk back end.  It tastes like candy all the way through to the Roach.  2nd takes and disbelief of the flavor are common in the uninitiated.   Beautiful plants that flush with fall colors on all the fan leaves.  There are also some excellent water hash production contenders to be had.  A rarity in varietals with this much terpene content.

Enter your email for updates about new release and special deals!

© 2022 Archive Seed Bank This product is not for use by or sale to persons under the age of 18. This product should be used only as directed on the label. It should not be used if you are pregnant or nursing. Consult with a physician before use if you have a serious medical condition or use prescription medications. A doctor’s advice should be sought before using any hemp products. All trademarks and copyrights are property of their respective owners and not affiliated with nor do they endorse this product. These statements have not been evaluated by the FDA. This product is not intended to diagnose, treat, cure or prevent any disease. By using this site you agree to follow the Privacy Policy and all Terms & Conditions printed on this site. All products contain less than 0.3% THC compliant with applicable Federal Laws. Please make your self aware of any and all applicable laws regarding hemp in your jurisdiction. Archive Seed Bank accepts no liability or responsibility regarding germination laws in any specific locale state or national jurisdictions.
See our compliance here / Terms and Conditions
All Right Reserved. Void Where Prohibited By Law.